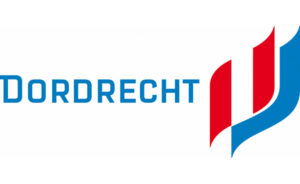 In the period of late 2012 – 2018  852 people drowned in the Netherlands, of the total amount circa 100 of these accidents are located in the region of Drechtsteden.

In 2018 we count 10 dangerous accidents where people have fell into the water, with different outcomes. Luckily in these cases someone noticed these people and was able to alarm the rescue facility. But we can’t count on luck of “being seen”. We can count on certainty.

The company Viralcom (in collaboration with partners) has invented an solution to detect people who fall in the water. This system is called: The Egg. The Egg is an multipurpose passive acoustic monitoring device which can listen to anything that is relevant to the user.

Plan
Thanks to the subsidy of the municipality of Dordrecht, Viralcom is able to build the prototype which is being operated by artificial intelligence and neural networks. The device is able to detect and communicate with the rescue facility. Viralcom wants to test the Egg from a bigger distance, test the pattern matching algorithm and the detection for the scenario “man over board”.  The testing will be done in different phases with divers, the rescue facility and the police.
Our goal is to contribute to water safety and open our sensor data on a portal for other parties. If this pilot is successful, Viralcom wants to launch the product on the market for a better surveillance of peers, ports, lakes and other water-based places.

The Innovation fund of Smart City Dordrecht has granted the subsidy to Viralcom to accomplish this.

Comments are closed.
We use cookies to ensure that we give you the best experience on our website. If you continue to use this site we will assume that you are happy with it.Ok